The American Research Center in Sofia, under the patronage of Rumyana Bachvarova, Deputy Prime Minister and Interior Minister of the Republic of Bulgaria, cordially invites you to its Annual “Eugene Schuyler” Lecture: Western Values Twenty-Five Years after the Fall of the Wall by Dr. Philip Dimitrov.

Reception to follow celebrating the 10th Anniversary of ARCS 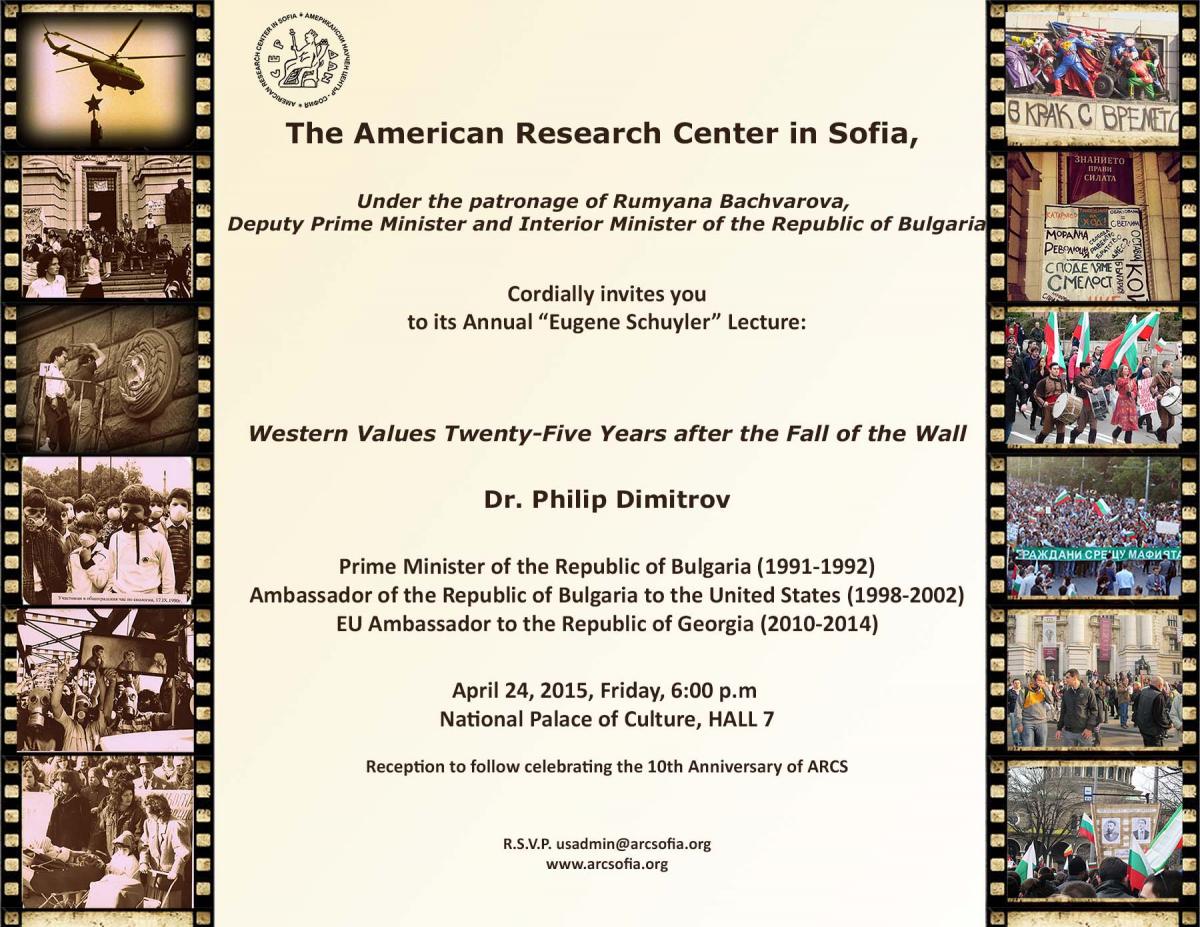