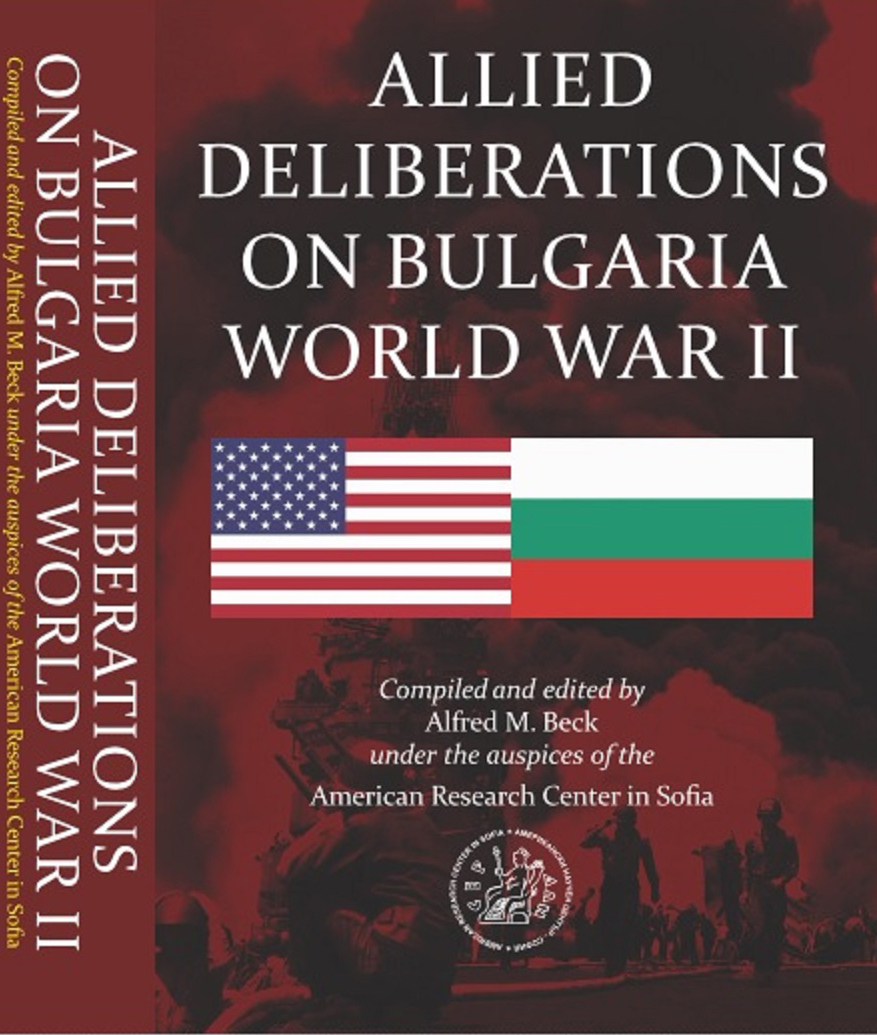 Recently, radio journalist Irina Nedeva interviewed Dr. Nora Dimitrova Clinton and Mr. Lachezar Tochev at the studio of "Horizont", a program of Bulgarian National Radio. Dr. Clinton is a linguist and epigrapher, and the founder and president of the American Research Center in Sofia Foundation. Mr. Toshev was a member of six compositions of the National Assembly, as well as a member of Ecoglasnost and UDF. During the conversation Dr. Clinton and Mr. Toshev discussed the new publication from ARCS, entitled Allied Deliberations on Bulgaria: World War II, edited and compiled by American historian Dr. Alfred Beck, and published by the American Research Center in Sofia in 2016. The book contains documents revealing the attempt to detach Bulgaria from the Axis in 1943 and to appoint a pro-alliance government. Most of the archival materials in this publication were classified up until the 1970s, and many have never before been published. As a result of a decade-long effort from the leaders of ARCS - Prof. Kevin Clinton and Dr. Nora Dimitrova Clinton, who discovered and ordered most of the documents from the United States National Archives - the book appeared in 2016. The idea for the volume was provided by Mr. Toshev, who also consulted on the project. The premiere of the volume on October 4, 2016, was held at the National Palace of Culture in Sofia under the patronage of the President of the Republic of Bulgaria, Mr. Rosen Plevneliev.

For more about the creation and importance of this publication, please listen to the audio interview below. The book can be ordered through the following online bookstores: Български книжици and Bibliophilia. It is also available for purchase on Amazon.