ARCS Sponsors an Academic Panel at the ASEEES Convention in Chicago 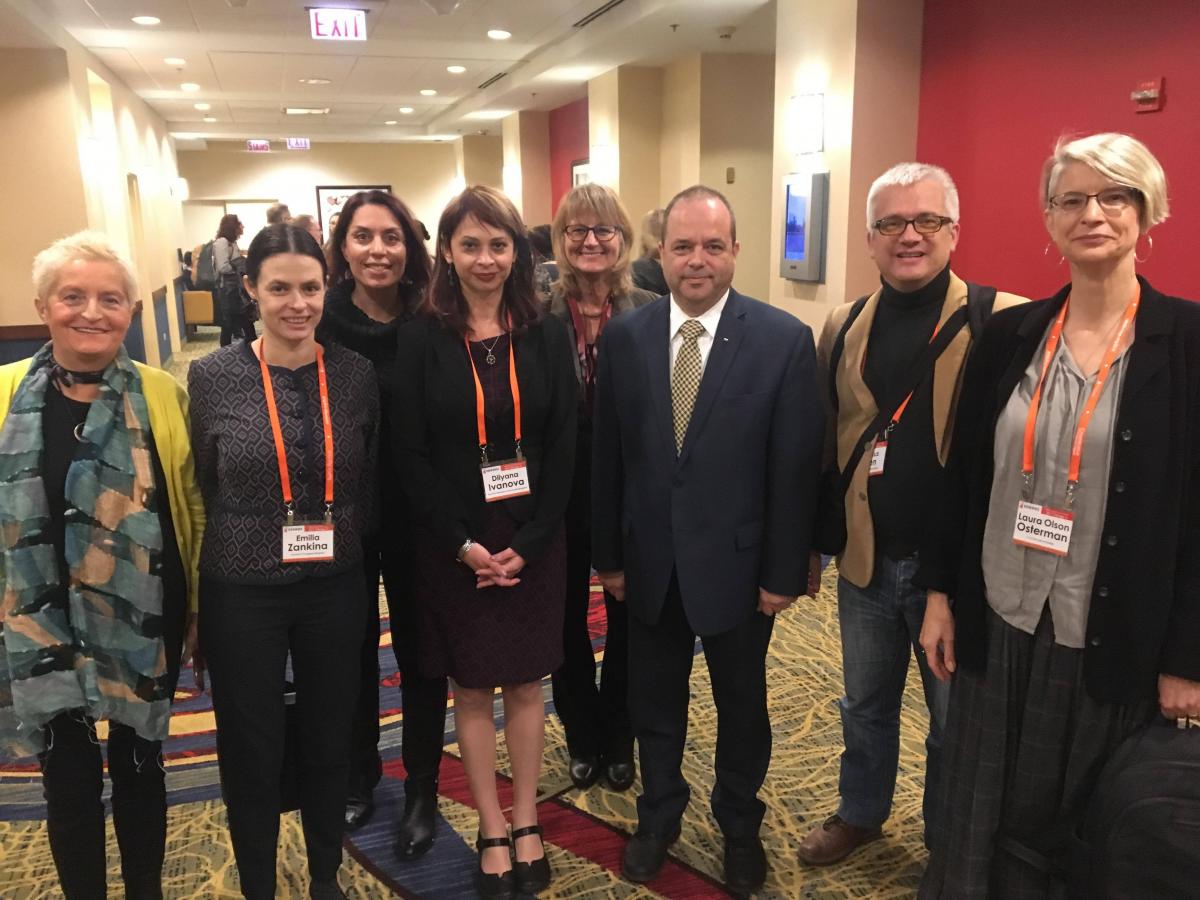 The annual convention of the Association for Slavic, East European and Eurasian Studies was held this year in Chicago (November 9-12). For a fifth consecutive year, at this prestigious international forum, the American Research Center in Sofia (ARCS) organized and supported panels with academic papers dedicated to recent Bulgarian history and culture. 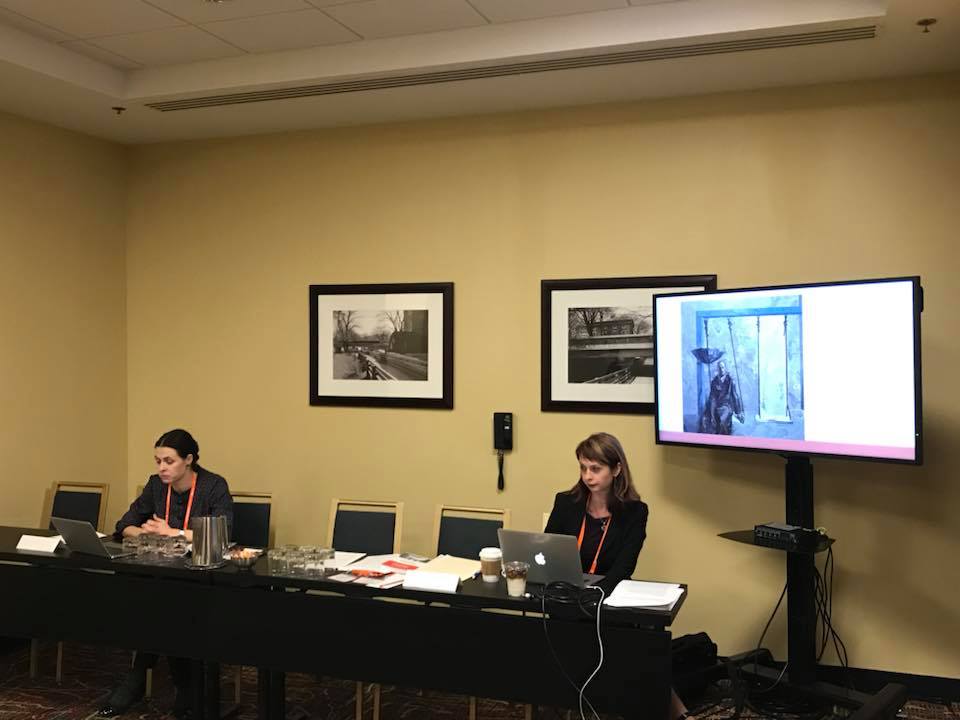 This year the convention theme was Transgressions. The conference coincided with the 100th anniversary of the Bolshevik Revolution and encouraged participants "to rethink the ways in which cultural, economic, political, social, and international orders are undermined, overthrown, and recast." 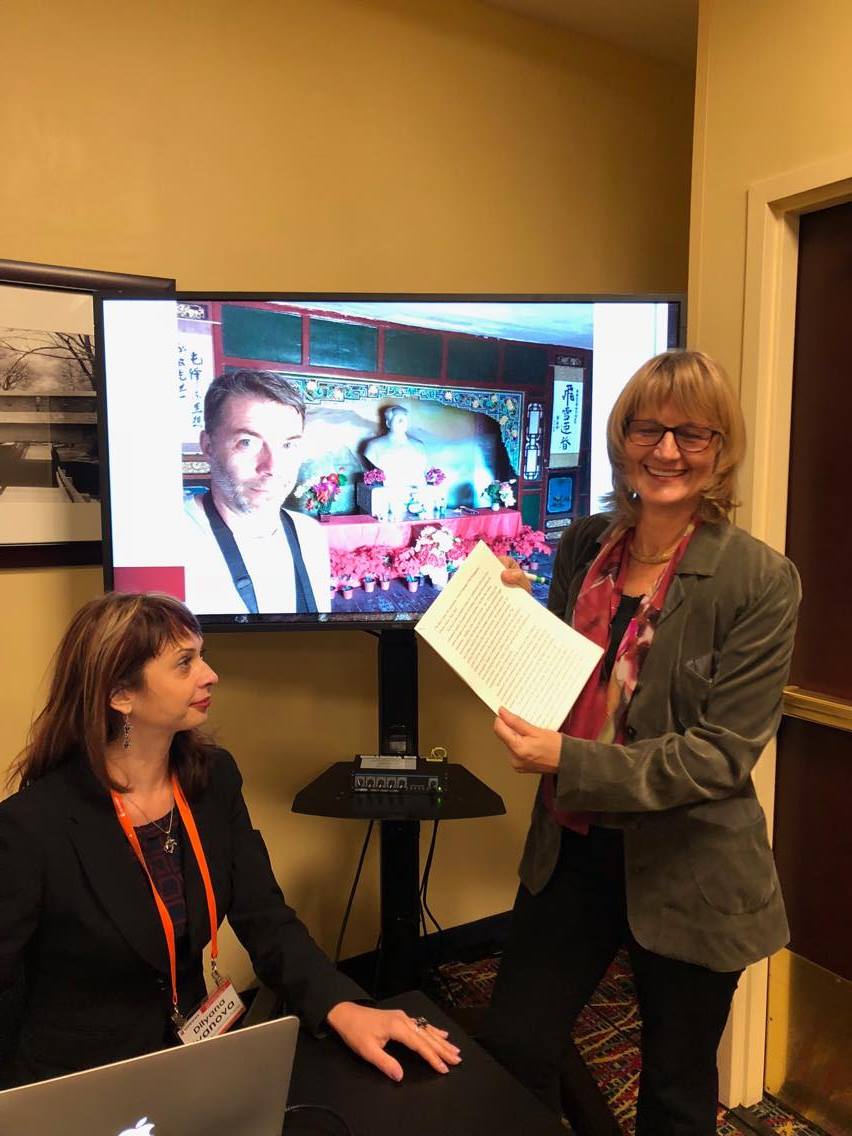 On November 10, the historical date of the advent of Democracy in Bulgaria in 1989, the ARCS-sponsored panel took place at the conference with the support of the Bulgarian Studies Association. The panel was entitled "Transgressing the Borders between the Public and the Private in State Socialist Bulgaria." It was chaired by Dr. Dilyana Ivanova, a research associate at ARCS and The Field Museum in Chicago. During the panel's work were presented the papers of Assoc. Prof. Ana Luleva from the Institute of Ethnology and Folklore Studies at BAS (Bulgaria), Prof. Nikolay Nenov, Director of the Rousse Regional Museum of History in Bulgaria, and Dr. Dilyana Ivanova. The paper of Assoc. Prof. Luleva discussed the topic of Experiencing, Representing, and Remembering Privacy in the Socialist State of Bulgaria. The paper of Prof. Nenov presented the topic of The 'Red Corner' of Communism: the Visual Language of Propaganda. Dr. Ivanova's work revealed The Communist Propaganda Messages in the Photo Albums of the Kindergarten 'Mara Maleeva Zhivkova.' Dr. Lilia Topouzova from the Concordia University in Canada was a discussant of the panel papers and provided an in-depth analysis of the texts of the three panelists. Dr. Emilia Zankina, Provost of the American University in Bulgaria; Prof. Laura Olson Osterman from the University of Colorado at Boulder; the ethnographers Ilina Sirakova and Elena Tabakova, former curators at the Rousse Regional Museum of History; and other notable scholars participated actively in the discussion. 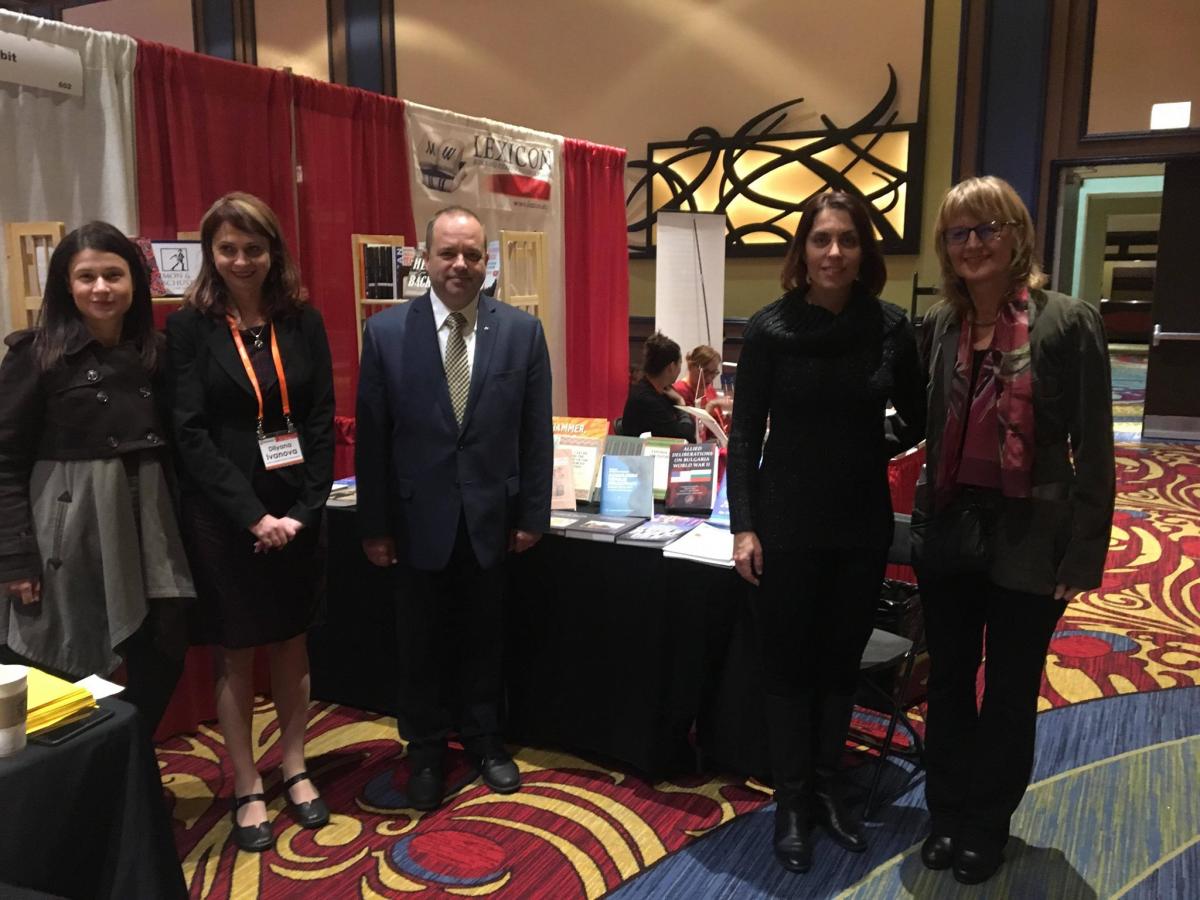 Since Chicago is the center with the largest Bulgarian population abroad, an official guest on the panel was the Consul General of the Republic of Bulgaria in Chicago, Dr. Ivan Anchev, a scholar in the field of Political Studies, who also actively participated in the panel. The journalist from the Bulgaria International Television, Elena Hotinova, and BIT camera operator Matey D. Mandazhiev covered the event and broadcasted the occasion during the afternoon news. The ARCS team is grateful to all participants and supporters who worked for the success of the panel.

Finally, for the fifth consecutive year, ARCS organized at the ASEEES convention Exhibit Hall a table with ARCS-sponsored academic publications in English dedicated to various topics in Bulgarian history and culture from the Middle Ages to the Modern and Contemporary periods. After the convention, the ARCS-sponsored books can be purchased via PayPal on our website (http://arcsofia.org/node/377)