This is a short synopsis of the results of the first season of the American Research Center in Sofia’s(ARCS) field school excavations at the ancient site of Heraclea Sintica, located near the village of Rupite, in southwest Bulgaria. 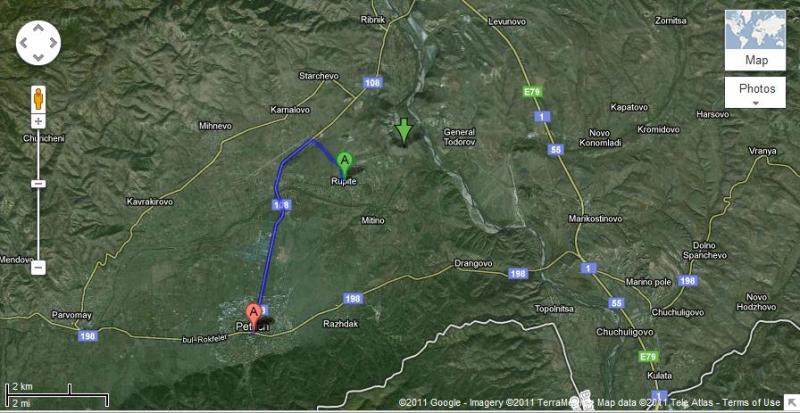 A Latin inscription discovered in 2002 preserves the granting of city status to the Heracleans under Galerius, definitively identifying the site at Rupite as that of Heraclea Sintica, a city previously known from ancient literature and coinage. Located at the juncture of the ancient Strymon and Pontos rivers, Heraclea Sintica was a major city of the Roman province of Macedonia Prima; it was likely founded in the early Hellenistic period by Cassander and occupied through the late 4th century AD. The ARCS field school joins the excavations of the National Institute of Archaeology with a Museum of the Bulgarian Academy of Sciences (NIAM-BAS), underway since 2007. 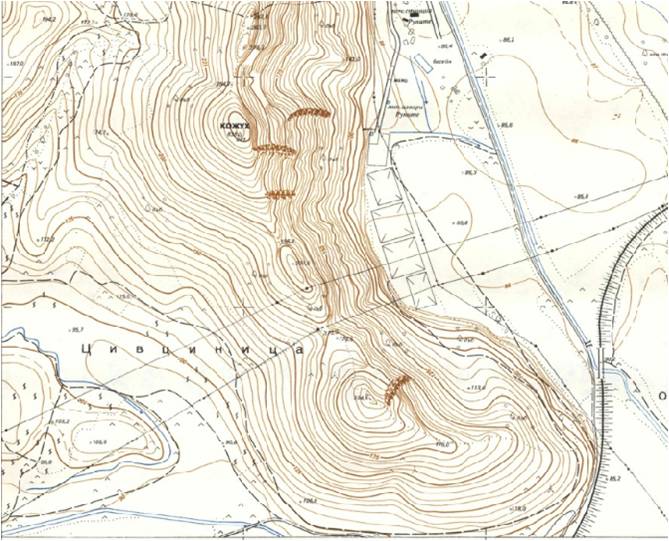 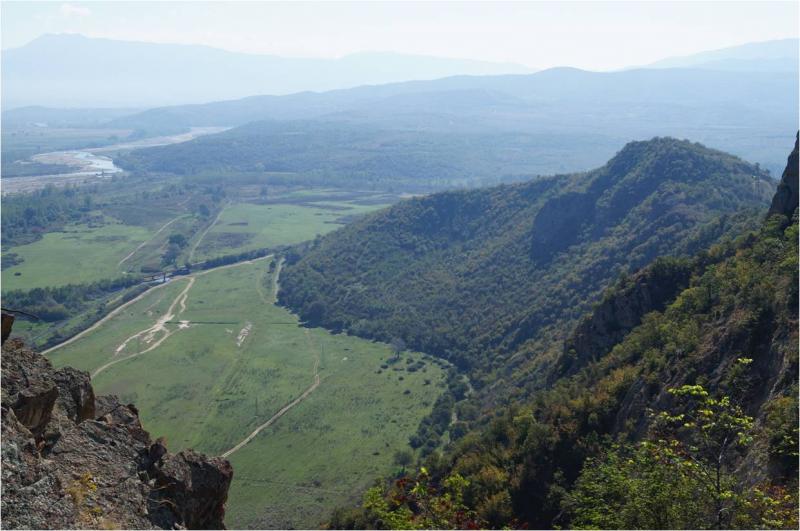 The 2012 ARCS excavations concentrated on the area adjacent to a Roman terracotta workshop, in order to clarify phases of occupation, urban layout, and the use of urban space. This season’s excavations forwarded these research goals through the exposure of the northwest corner of a large room (likely from the second and third periods of occupation during 3rd century AD), a north-south street to the west of this room, and a hastily-constructed partition wall, inserted to divide the room in the fourth period of occupation during 4th century AD. While conclusions are still preliminary, finds have confirmed the prominence of high-quality terracotta production, the prevalence of fishing, and the use of local marble. 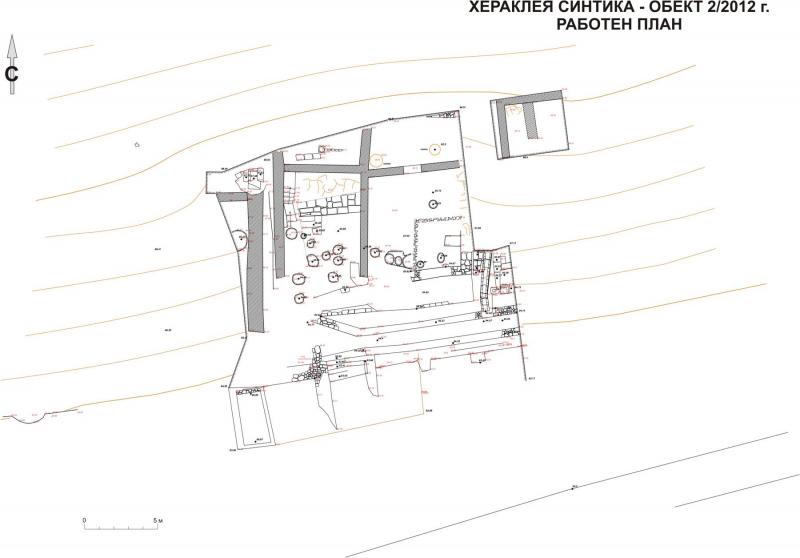 State plan of exposed architecture and features in the craftsmen quarter. The ARCS Field school trench, opened in 2012, is adjacent to the northeast corner of the compound. (source: A. Kamenarov; courtesy of L. Vagalinski) 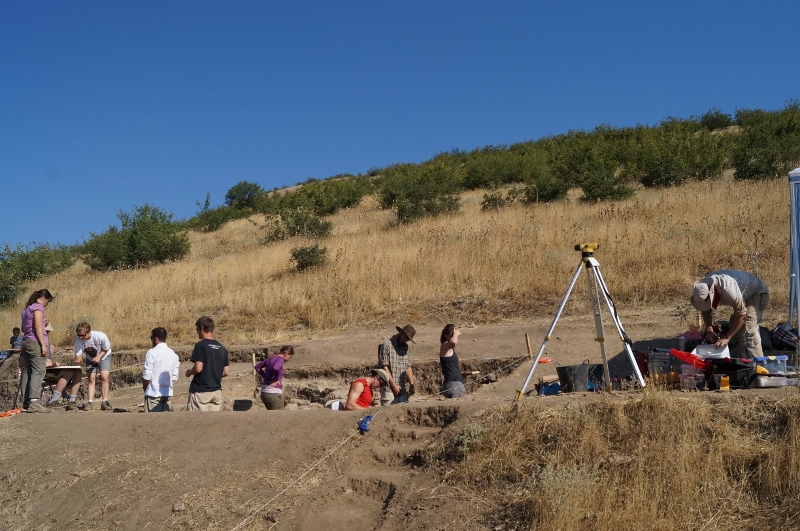 Busy at work in the trench 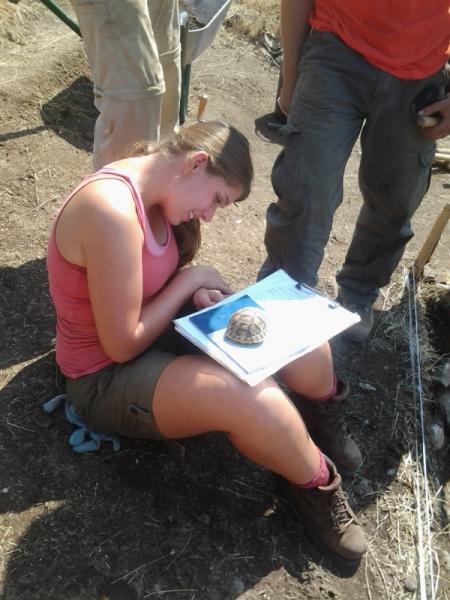 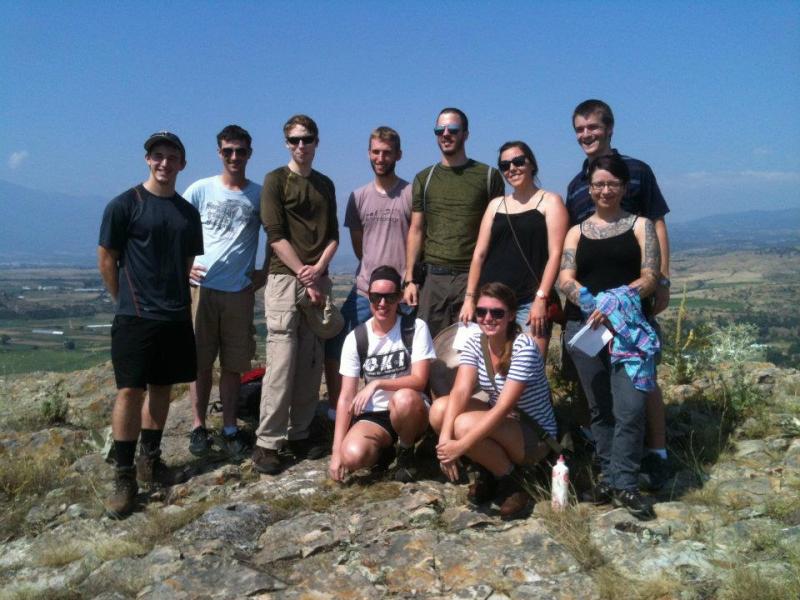