For the third summer ARCS Heraclea Sintica Field School continued at the Hellenistic and Roman town of Heraclea Sintica near the village of Rupite, Petrich in SW Bulgaria. The program targets exclusively undergraduate and graduate students based in the US universities. The students (10 in 2012, 12 in 2013 and 12 in 2014), who participated in the program, spent three days in Sofia, five days across Bulgaria and four weeks digging at Heraclea. Focused on instruction in fieldwork methodology, the Field School offered a series of lectures on other methods in archaeology and Bulgarian archaeology, supplemented with three field trips in Republic of Macedonia (Stobi, Bansko near Strumica), Greece (Thessaloniki) and SW Bulgaria (Melnik, Sandanski, Blagoevgrad). All students produced final reports summarizing the excavation results. We are very fortunate to have Prof. Hallie Franks from New York University in the team, who has taken part in three seasons, as a field archaeologists and a lecturer. This year we had one staff member, Mannat Johal, now accepted into a PhD program in University of Chicago, who worked on site and assisted in students' instruction. The 2013 excavation results will be presented by E. Nankov and H. Franks at the 115th Annual Meeting of AIA to be held in New Orleans on January 8-11, 2015.

The 2014 ARCS excavations concentrated again on the area adjacent to a late Roman terracotta workshop (see photo below), hoping to clarify phases of occupation, urban layout, and the use of urban space. The excavations focused on the northwest corner of a stone building of uncertain function, and forwarded our research goals through the exposure of two occupation layers, deposited in rapid succession, over a major destruction layer. A similar picture emerged as a result of opening a new trench immediately south of the trench opened in 2012. This sequence promises to add nuance to the current understanding of the occupation sequence, which has been previously divided according to to four major periods.  Finds have confirmed the prominence of local terracotta production and have revealed, for the first time, the presence of high-quality interior decoration, including mosaics, painted plaster, and marble ornament. 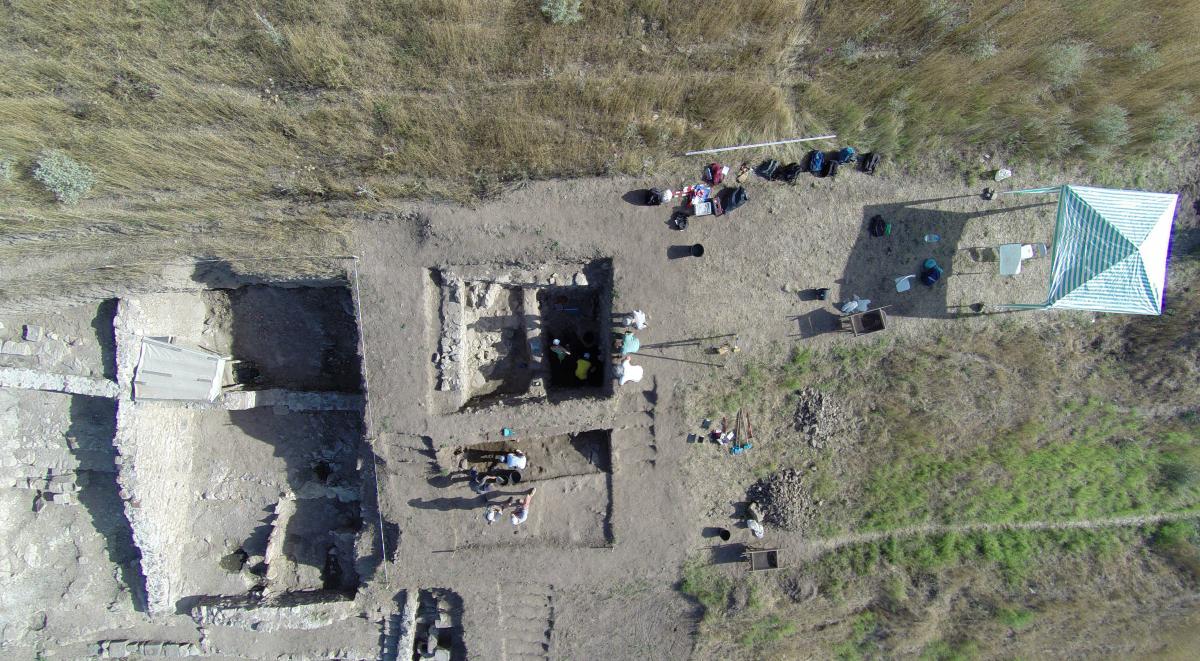