The fifth year of ARCS Archaeological Field School just came to a close. For a second season ARCS team conducted excavations and student training at the Roman town of Parthicopolis, located underneath the modern town of Sandanski (pictured below) in southwestern Bulgaria. The participants enjoyed an exciting excavation season full of fascinating discoveries spiced up with memories from unforgettable trips to archaeological sites and museums in Southern Bulgaria (Levunovo, Melnik, Strumyani) and Northern Greece (Philippi, Kavala, Thessaloniki). 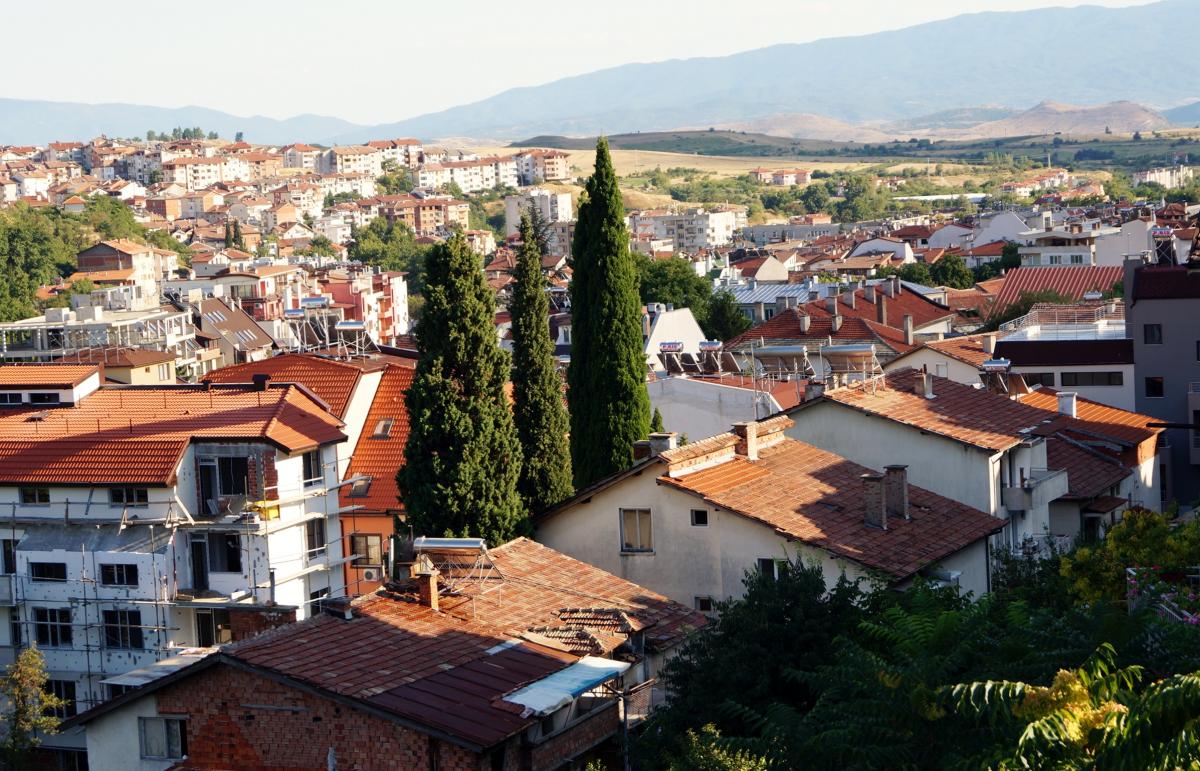 After a couple of days devoted to Roman Serdica and before reaching our project base in Sandanski, we visited a number of important early Roman and Medieval sites, e.g. the Late Antique fortress Peristera, the Red Church in Perishtica, Roman Philippopolis, St. Nicholas church in Germaneia and a newly-restored medieval church near Boboshevo. The group made memorable stops at the Archaeological Museums in Septemvri, Peshtera, Plovdiv and Blagoevgrad. 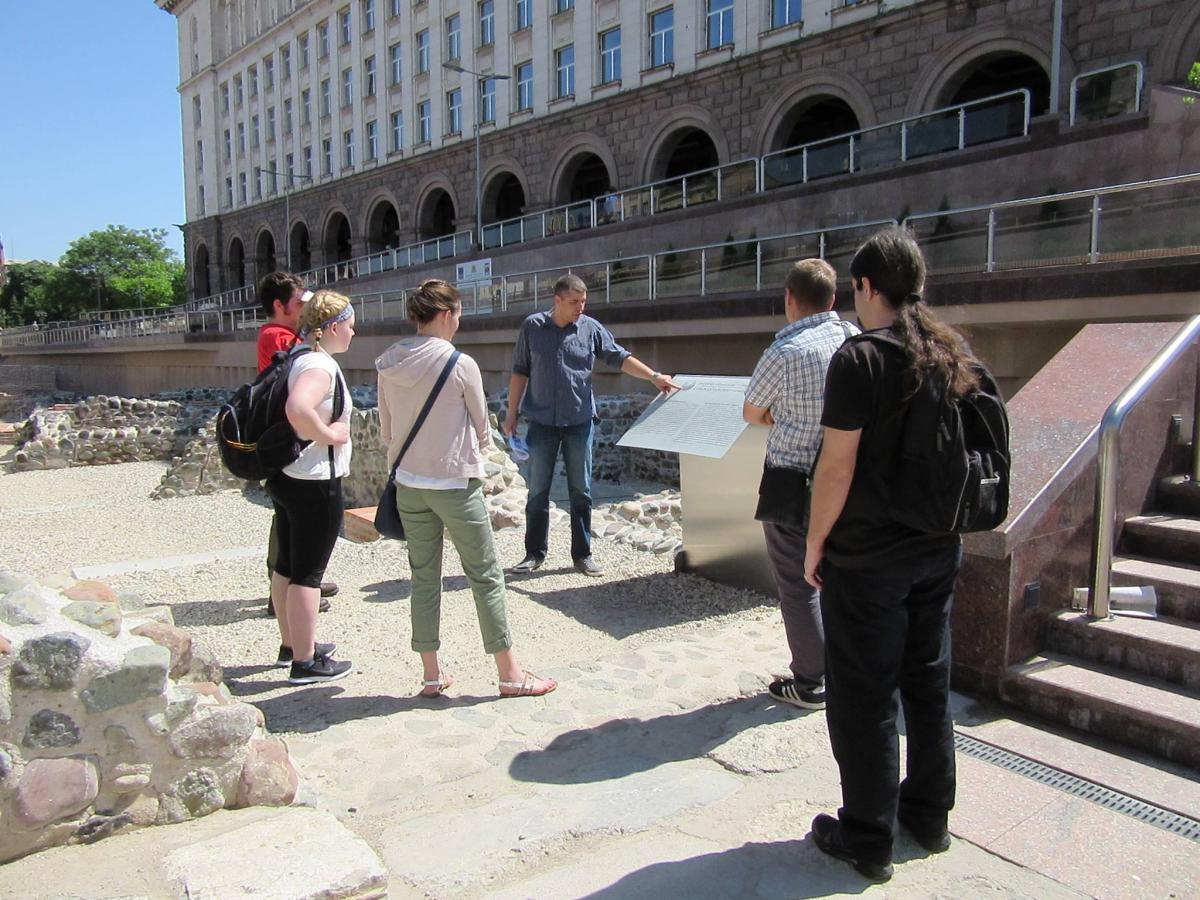 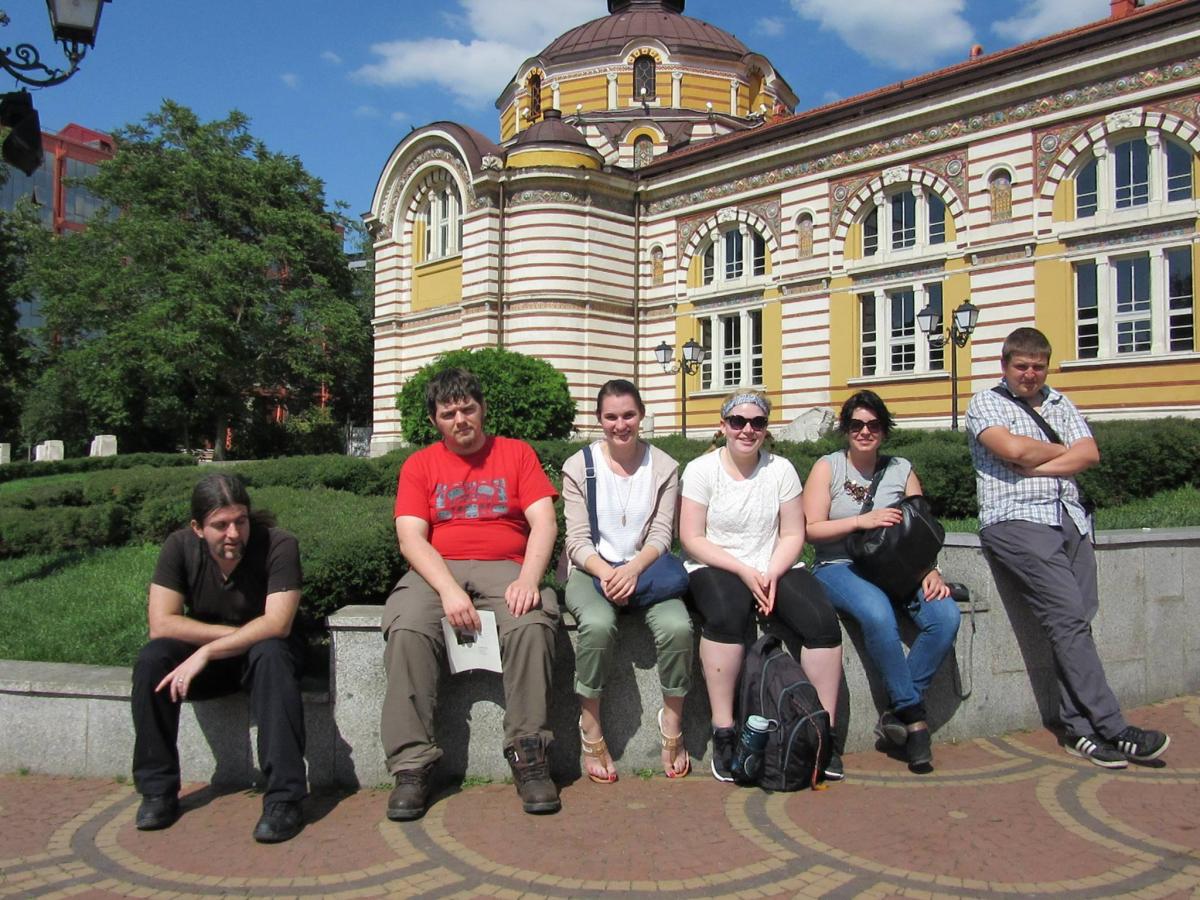 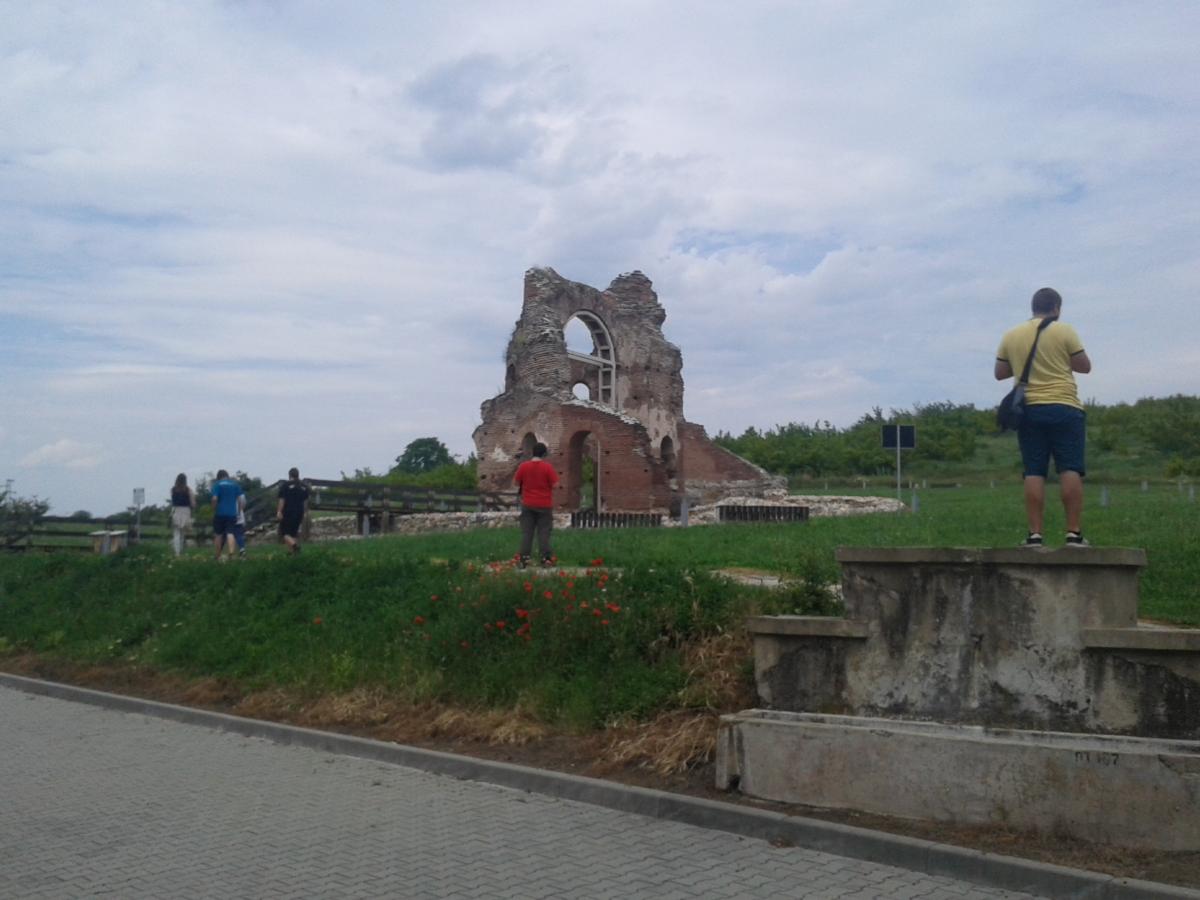 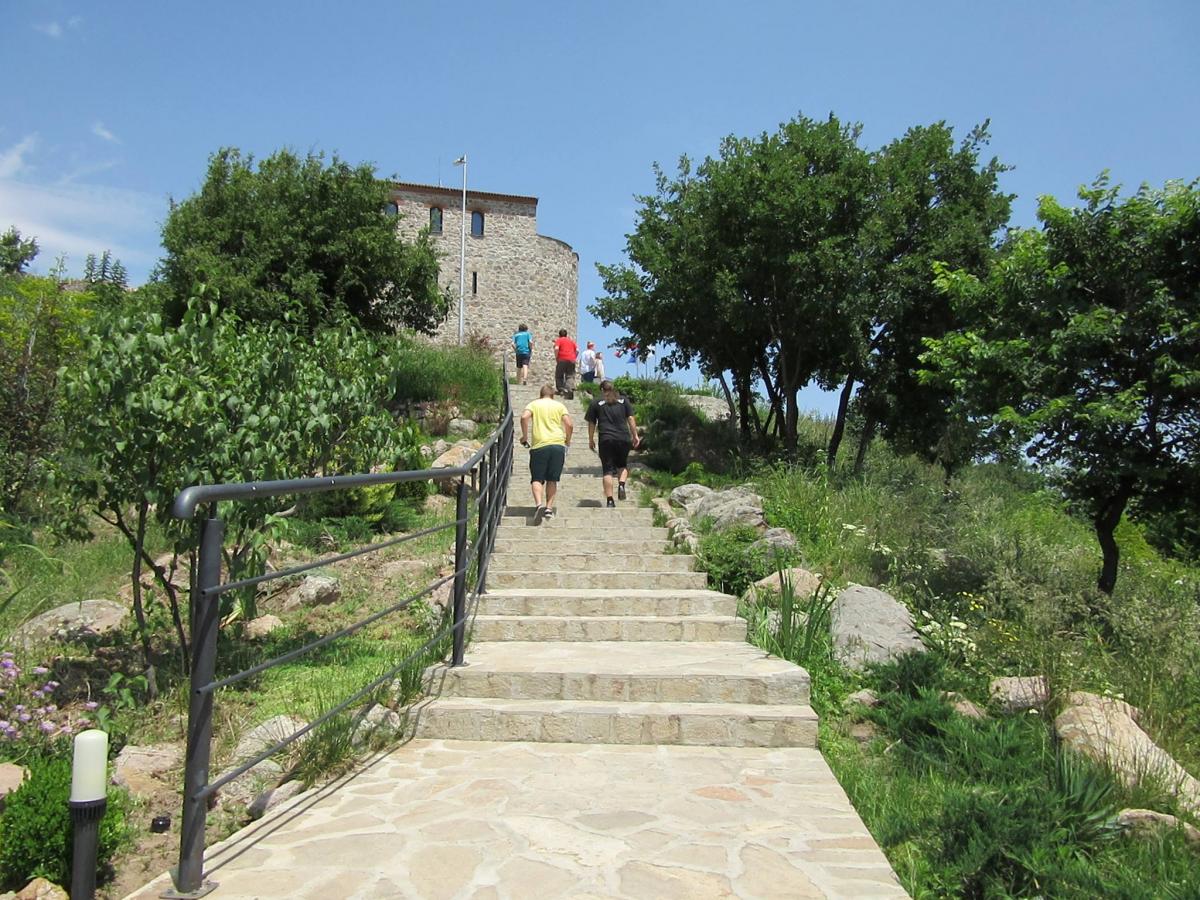 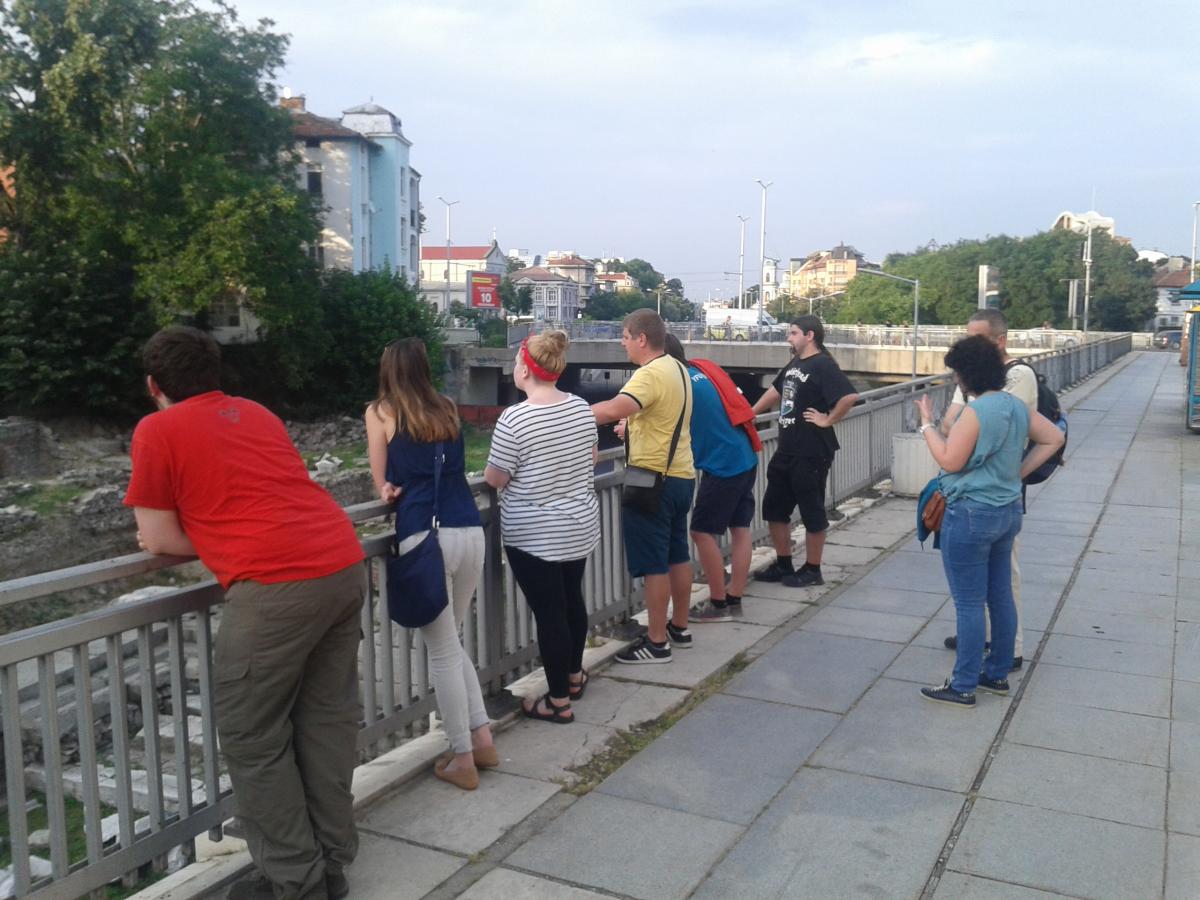 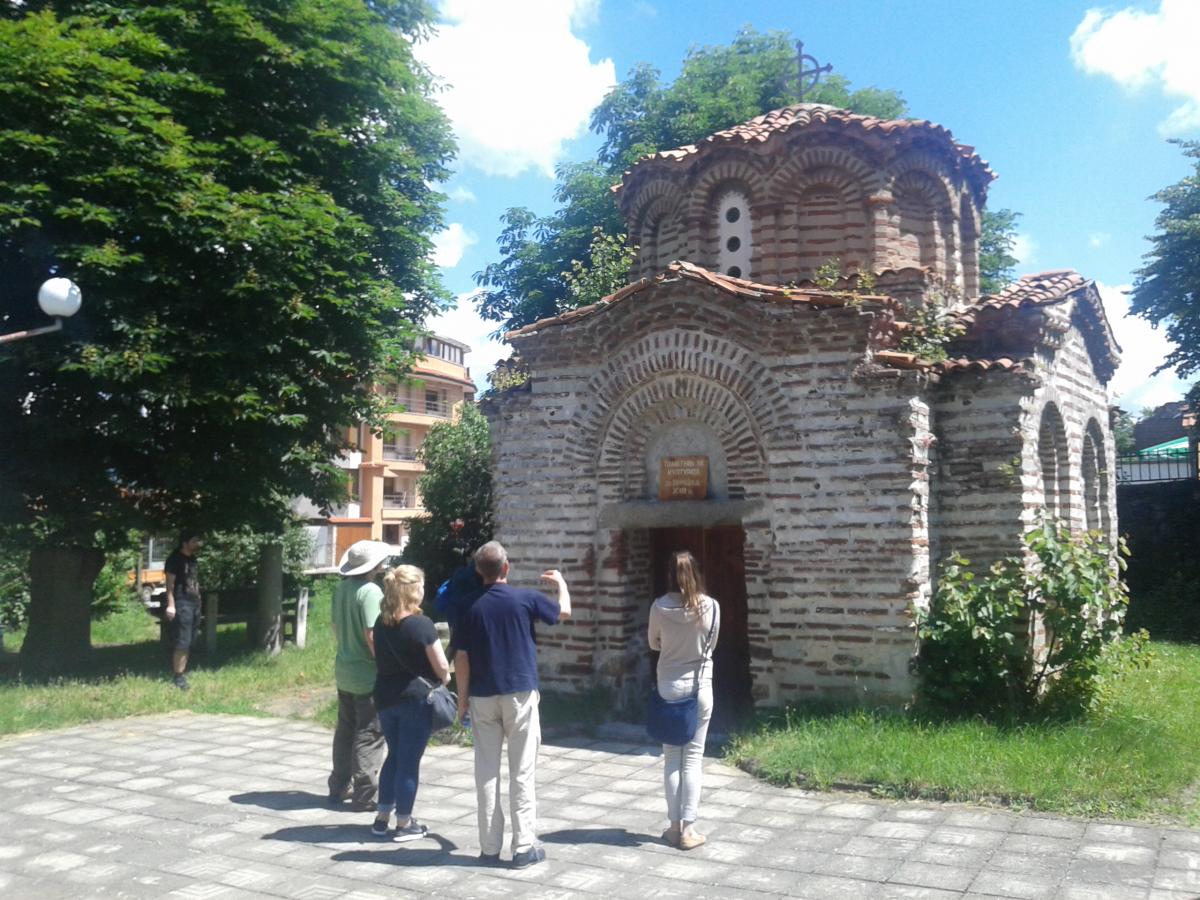 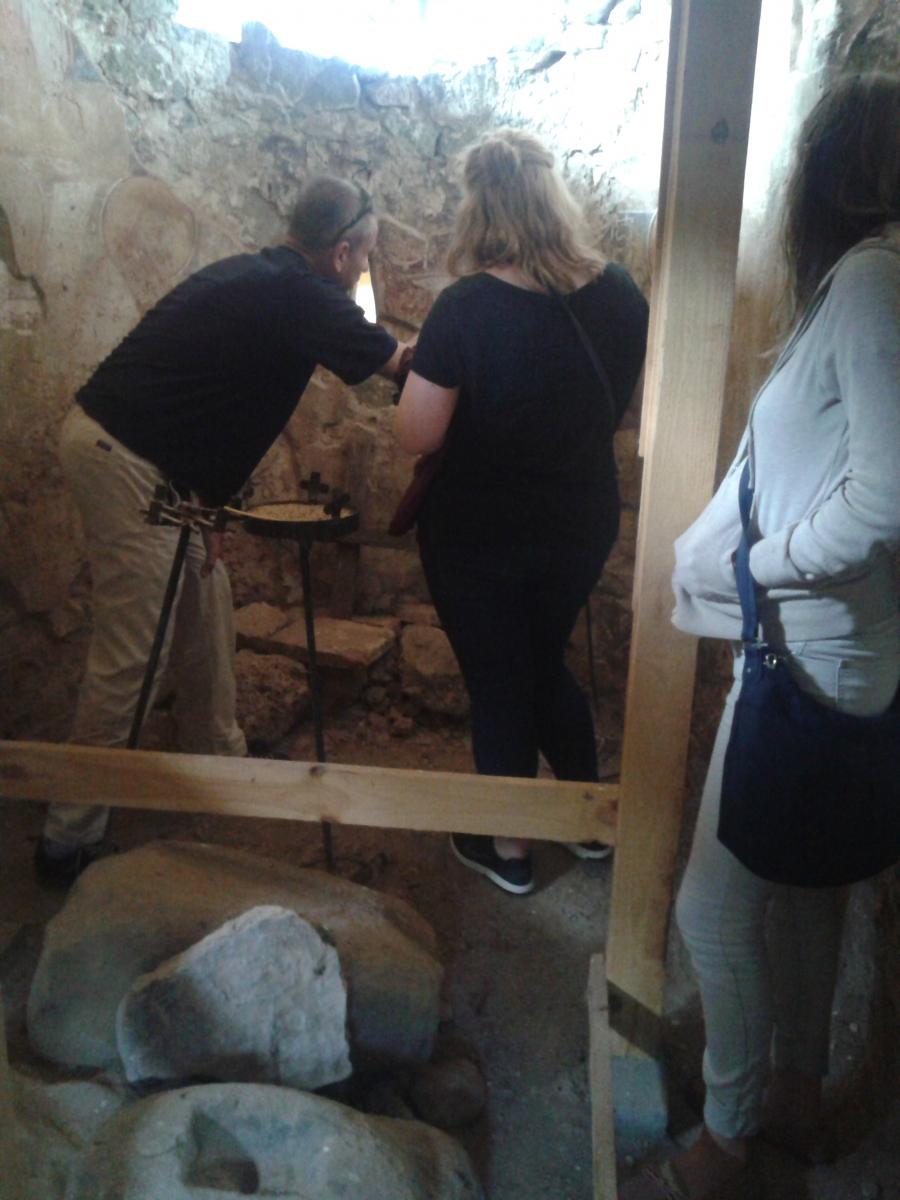 This year ARCS excavations continued westward from the atrium of the Bishop’s basilica, up on an elevated terrace, where the findings point to the existence of a public street, lying on top of a leveling layer with some Early Iron Age pottery, which later accommodated the construction of a building of unknown function which existed during the heyday of the Early Christian complex near the Bishop’s basilica, late 5th-6th c. AD. The Building was burned down at the end of the 6th c. AD, as attested by destruction debris from the collapsed mudbrick walls and roof dated with a coin of the emperor Justin II (565-574 AD). A stretch of wall built of river stones bound with mud indicates that Parthicopolis recovered from the havoc wrought by the Avars and the Slavs and continued its existence during the 7th c. AD onwards. 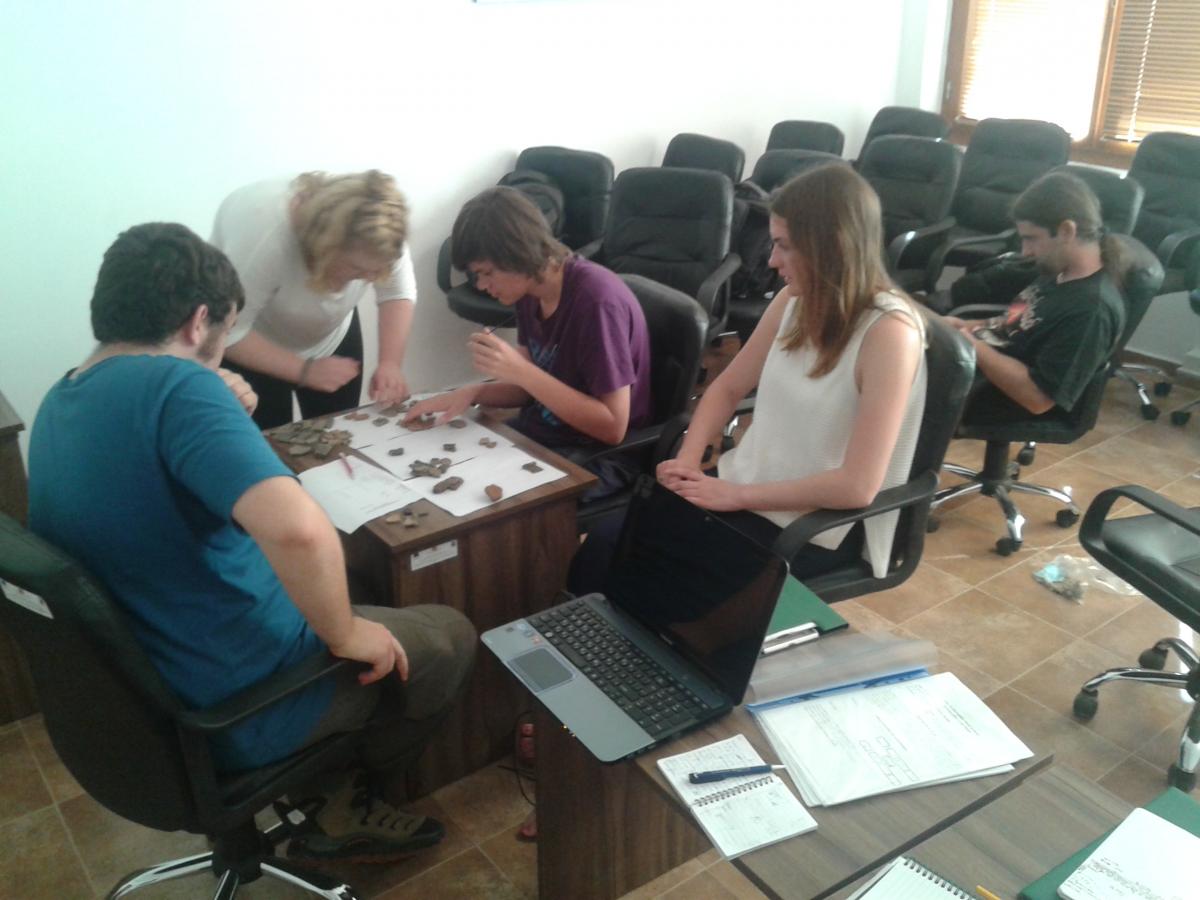 ARCS would like to extend gratitude to Assist. Prof. Stanislav Stanev (Institute for Art Studies-BAS), Assist. Nicolay Sharankov (Sofia University), Petar Zidarov (New Bulgarian University), Vladimir Petkov (Archaeological Museum in Sandanski), as well as the whole staff of the museum whose efforts contributed to a smooth and enjoyable field season. 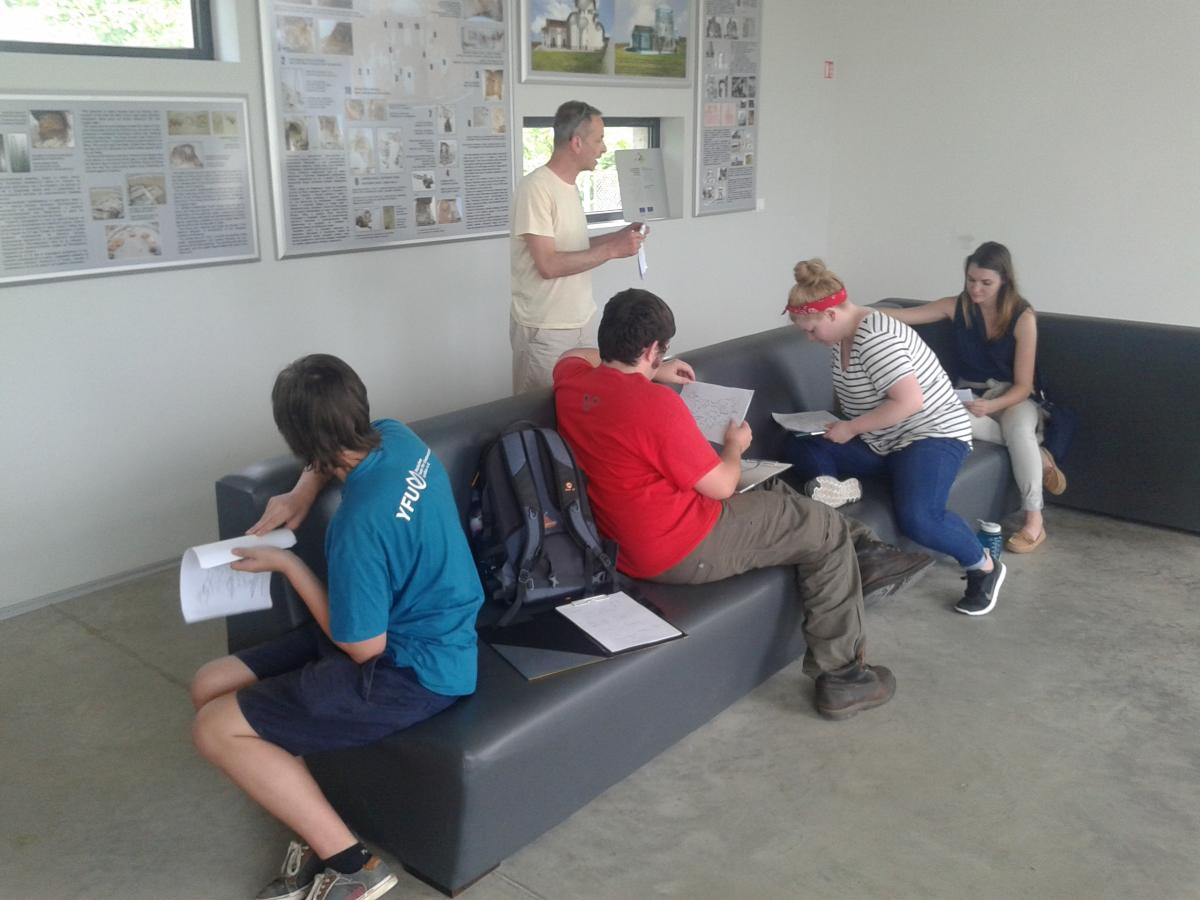 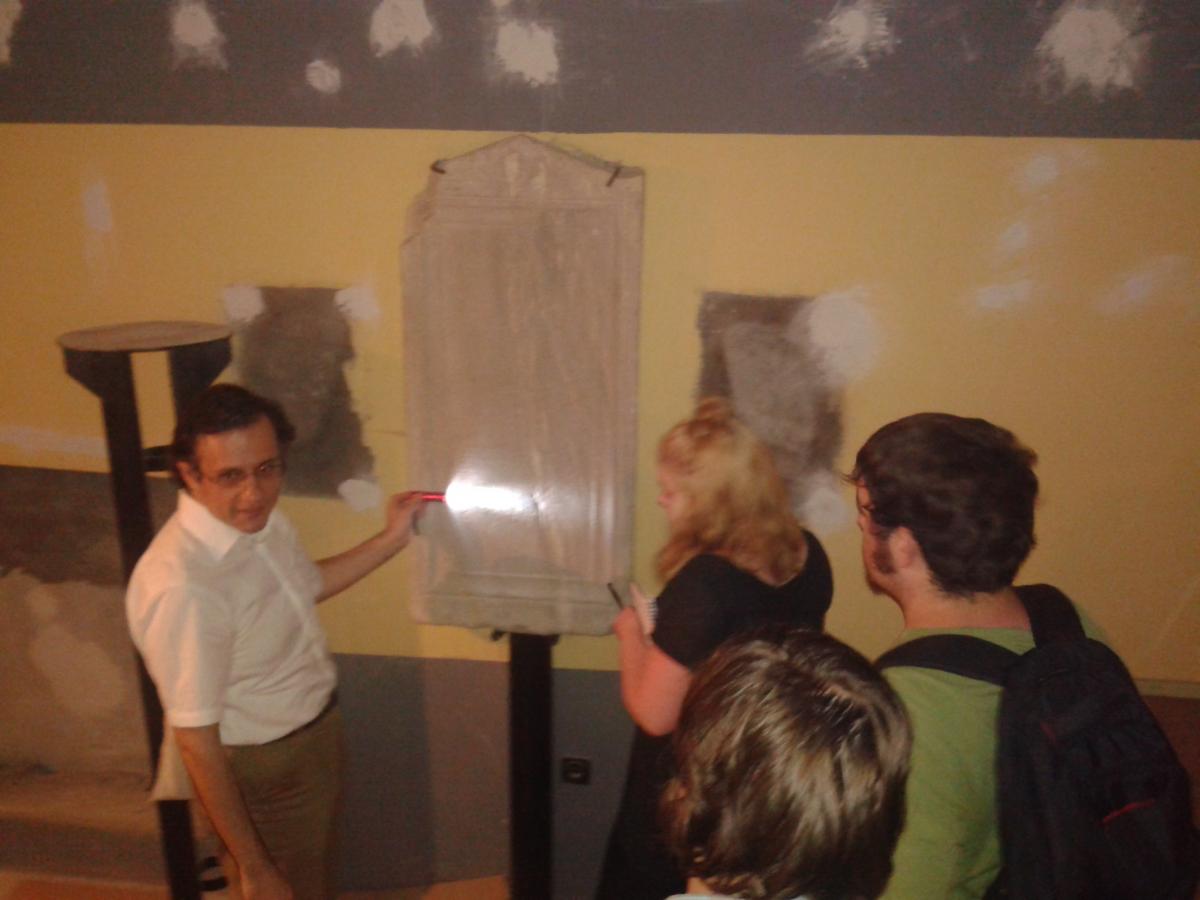 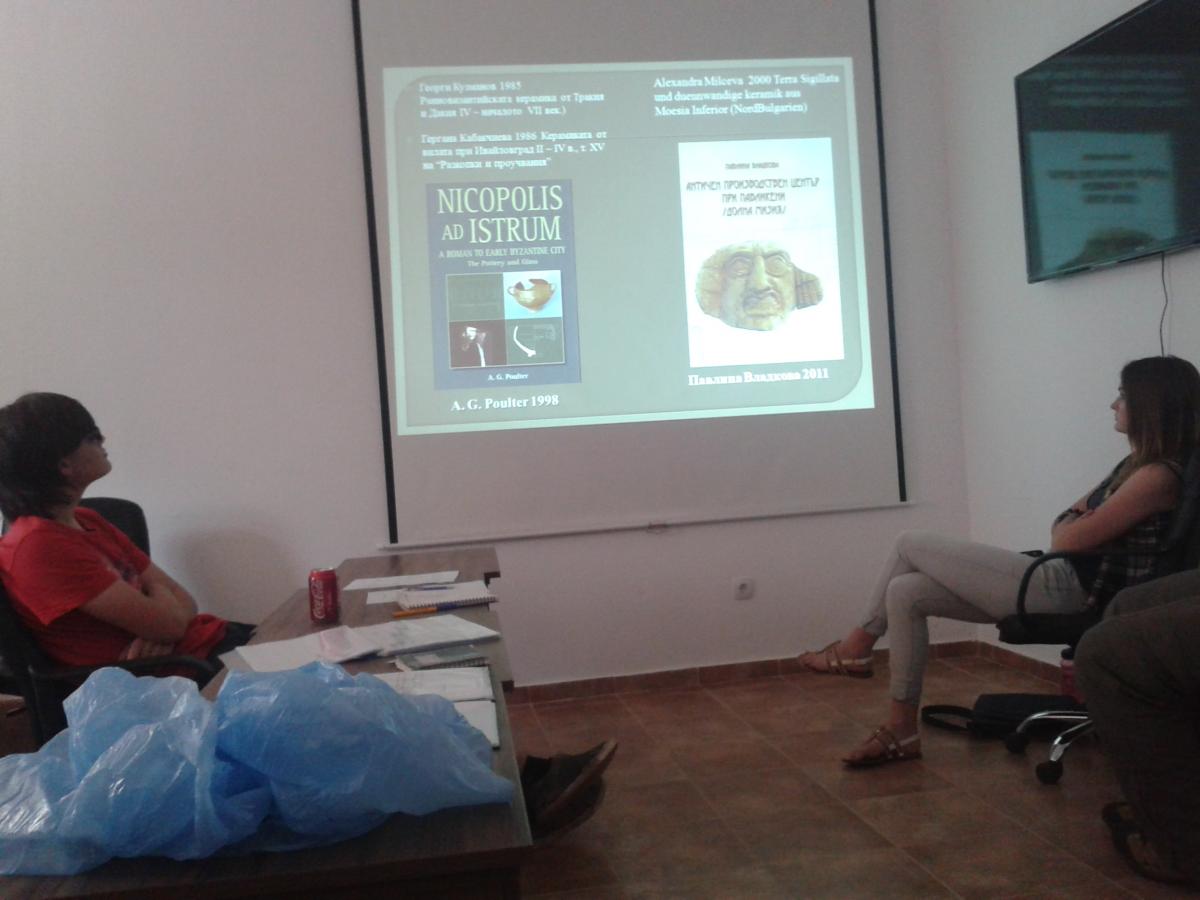 I would like to take a moment to thank all Field School participants who vigorously and with much care strove to unfold the unknown history of Parthicopolis. We hope to see you again, guys! And thank you once more for a wonderful season! 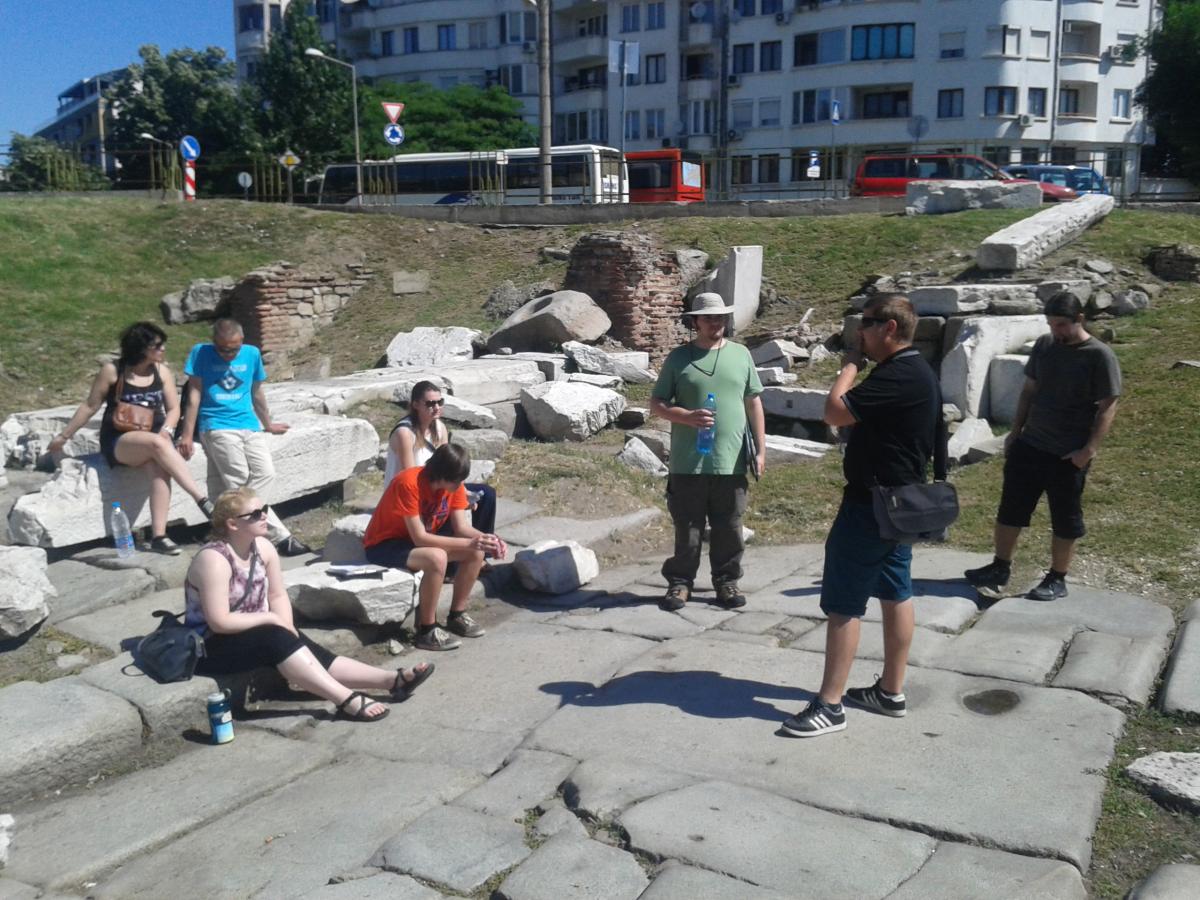 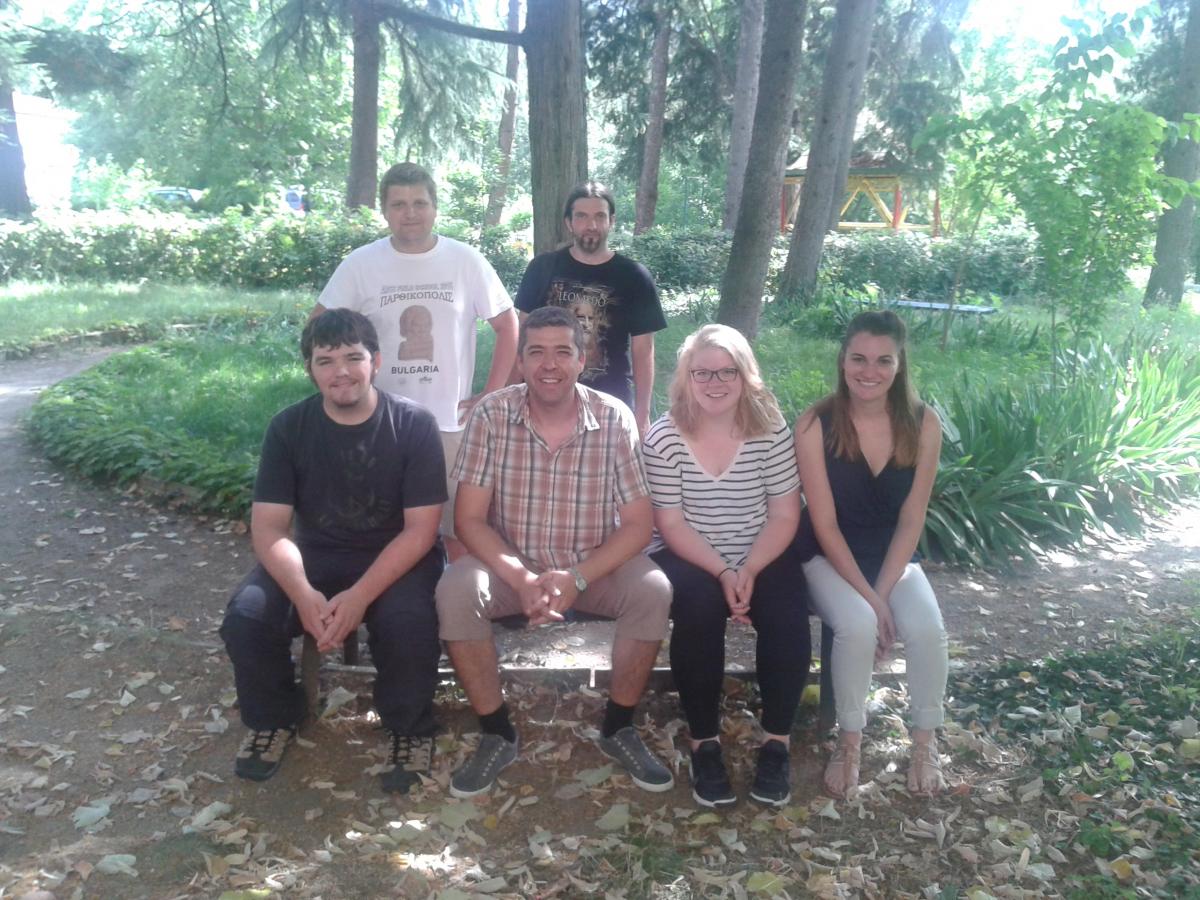 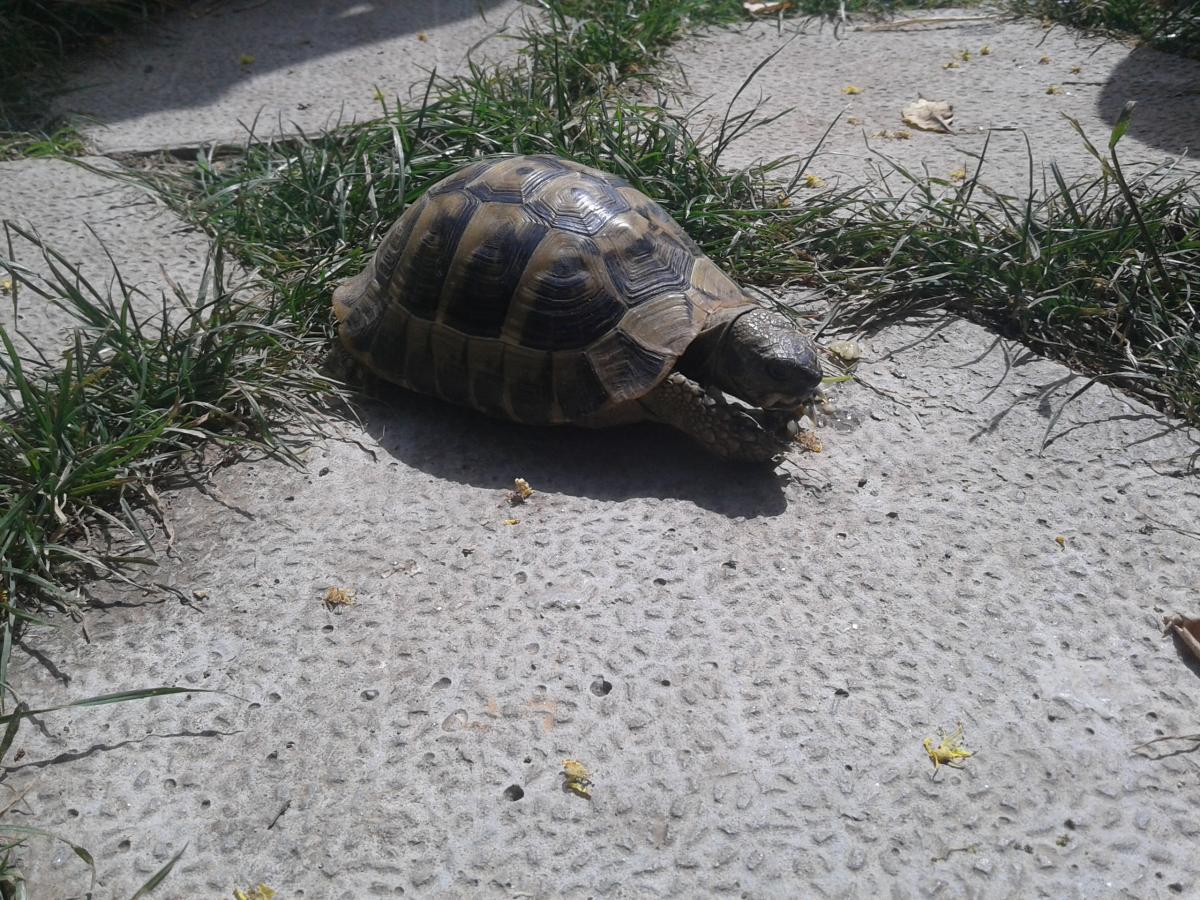 NB! Information for 2017 season will be available in early November (as soon as I finish eating my mulberry).